You are here: Home / Archive / FIM Appoint Four Commissioners from Motorcycling Australia
Back 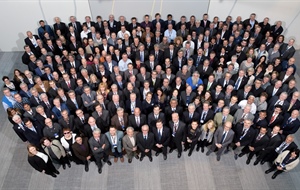 Motorcycling Australia (MA) are extremely proud to announce that four of their members have been appointed as Fédération Internationale de Motocyclisme (Federation of International Motorcycling -FIM) Commissioners for a four-year period, from 2019-2022.

FIM, the world Governing Body for motorcycle sport, is an independent association formed by 113 National Federations throughout the world and are recognized as the sole competent authority in motorcycle sport by the International Olympic Committee (IOC).

Forty-four new members joined the FIM Composition of Commissioners, the four MA appointees, including MWA president Tracy Simpson, were selected for three separate commissions, Circuit Racing, Women in Motorcycling and International and are as follows:

The FIM Board of Directors approved the composition of the FIM Commissions during its last meeting held in Mies (Switzerland) and all mandates will be for four years.

The FIM President Vito Ippolito said after the meeting, “The Commission members play a crucial role in the operations of the FIM, I am honoured to welcome 44 new members, among the 187 persons appointed, from 54 different countries whose contribution and insight will bring further added value to the current high-level discussions and decisions by existing commission members”.

“We (FIM) are fortunate to be able to count on and empower this vast array of expertise in specific fields for the benefit of FIM activities. The 2019 Conference of the FIM Commissions in Geneva will be the opportunity for all these volunteers to kick off their four-year mandate.”

Motorcycling Australia’s CEO, Peter Doyle, is pleased to see the dedication of the MA candidates acknowledged by the FIM and said “On behalf of all Motorcycling Australia members, we congratulate Tracy, Peter, Brent and Simon on their outstanding achievements. All four commissioners continue to drive participation, learning and growth in motorcycling and are exemplary people for all to follow when it comes to our sport”.

“Their new appointments and continued commitment will help strengthen MA’s relations between other National Motorcycle Federations, International partners and supporters ensuring the ongoing positive progression of motorcycling within Australia”.

Not sure what the FIM is exactly?

Among its 50 FIM World Championships its main events are MotoGP, Superbike, Endurance, Motocross, Supercross, Trial, Enduro and Speedway. FIM also deals with non-sporting matters such as leisure motorcycling, mobility, transport, road safety and public policy and the environment, FIM was the first International sporting Federation to enforce an Environmental Code in 1994.

The FIM Structure-The Board of Directors is composed of:

Four Members of the Board

The Chief Executive Officer is a member of the Board of Directors and the Executive Board without voting rights.

The Board of Directors shall meet four times per year (in principal in March, June, September and November/December). This last meeting should be held at the same place than the General Assembly.

The Commissions, including the Technical, Medical and Judicial Commissions (no Panel anymore), meet twice a year in a venue of their choice. The Commissions have a new structure: they are chaired by a Director. The Bureau of each Commission is composed of the Director, the Coordinator (without voting rights) and the Bureau Members. The other Commission Members are Officials or Expert Members.

Sport and other activities

Motorcycling sport is run, at FIM World Championships and Prizes level, in six different disciplines. Road Racing, which include Grand Prix, Superbike, Supersport, Sidecar and Endurance: Motocross (with three solo classes, women, veterans and the sidecars), the Motocross of Nations (competition with National teams), Supercross, SuperMoto, Snowcross; the Trial, with Individual Trial, Indoor Trial, Trial des Nations, with competitions for men and for women; Enduro, with the Individual World Championships including women and junior, and the International Six Days – run since 1913, the oldest competition held under the aegis of the FIM.

Something impressive that you may not know about the FIM

The FIM is also engaged in non-sporting activities – tourism, gatherings and leisure, public affairs, or activities linked with sport, such as women in motorcycling; technical, medical and judicial aspects. Last but not least, environment is linked to both sporting and non-sporting domains.