Chittick Cracking The ‘Cody’ of MX and Enduro – AORC

You are here: Home / News / Chittick Cracking The ‘Cody’ of MX and Enduro – AORC
Back 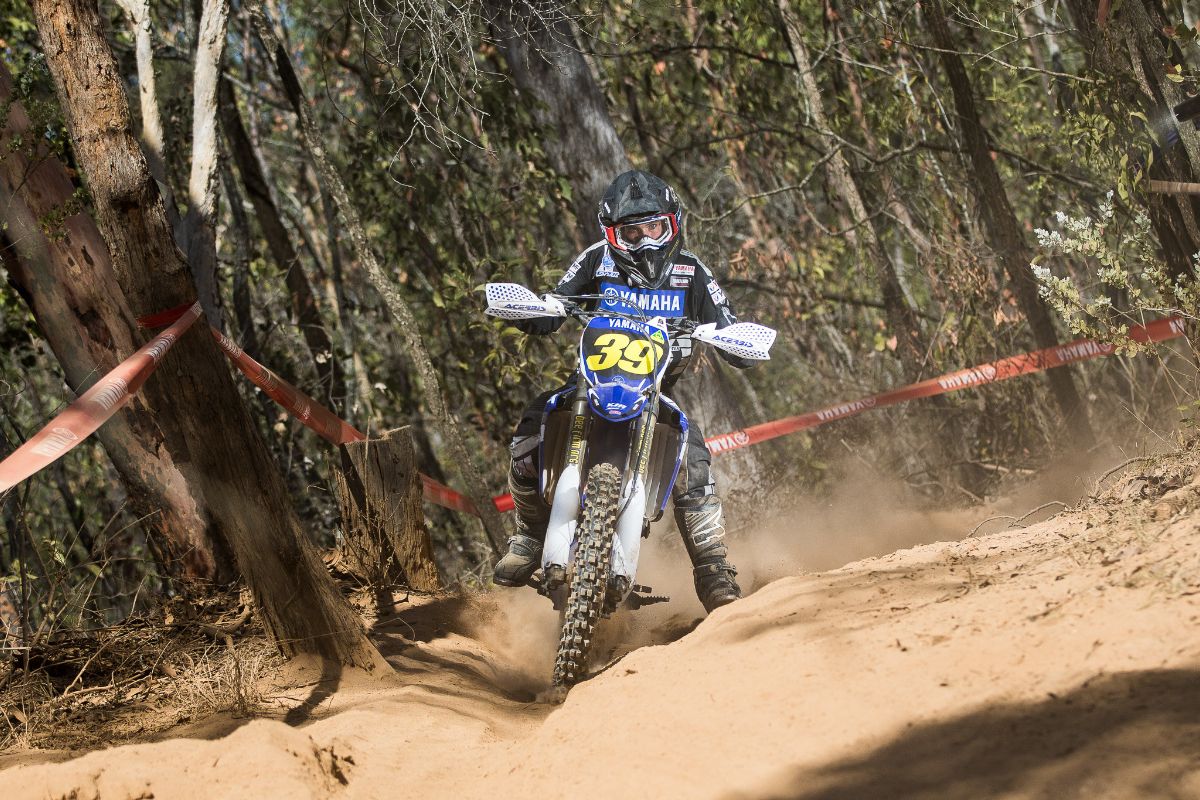 FAt just 16 years of age, there aren’t many of us who can boast two consecutive positions in Team Australia’s FIM World Junior Motocross Championship (WJMX) line-up, whilst also having the opportunity to live in Europe, as an athlete. For Cody Chittick (Yamaha GYTR YJF Team) though, it’s a comfortable reality that he can happily boast.

After coming 1st in his first Hattah Desert Race back in 2015 in the 85cc class, Chittick is another Yamaha Australian Off-Road Championship (AORC) competitor who is well versed in Motocross (MX) as well as Enduro. Competing in both disciplines for 2019, the Western Australian is hailed at the next Reed, Gibbs or Waters in MX, but contrary to popular belief, Chittick has his sights set on a career in the World Rally Championship, following in the footsteps of true-blue Australian heroes like Toby Price.

After Rounds 3 & 4 in Dungog, New South Wales, Chittick now sits in third in the leader board in the J4 class. Juggling school, long haul flights across Australia and an undoubtedly lengthy training schedule, Chittick sat down with us to give an insight into the thought process behind competing in both MX and Enduro, his experiences overseas and his plans for the remaining 2019 racing season.

You’re very well known for your Motocross racing, including being a member of Team Australia for the WJMX in 2016 and 2017. What spurred on your decision to compete in both MX and Enduro?

I loved competing in MX and being a part of Team Australia. When I moved back home from Europe, I thought I’d give Enduro racing a shot because my uncle competed in the Dakar Rally and has done a lot of Enduro racing. I really enjoyed the longer, Enduro style of racing, plus it’s really technical and mixes up my racing styles.

Looking back at Rounds 3 & 4 in Dungog, New South Wales, how did you find your first Enduro format race?

Being my first Enduro timecard round, it was definitely a different style of racing. Even things like making sure you don’t lose your timecard was a learning curve!

The turnout was amazing though and the track was wicked, so I was pretty happy with how I went overall.

You were previously competing overseas in Europe for the Dutch Masters and European Motocross Championship, in the lead up to the 2017 WJMX in Estonia. Tell us about your experience overseas.

It was without a doubt an eye opener. The style of racing was pretty similar but elements like how close other riders get to you, the competitiveness, the different style of tracks and the speeds you get up to was a great learning curve. It was also awesome to meet new people who I can catch up with next time I head overseas.

You’re a member of the GYTR YJR Team for 2019, which spans many disciplines, for many state and national events. What event/s are you booked in to compete in for 2019, apart from AORC?

It’s a pretty booked out year but I love what I do so I just have to manage to fit in things like school. I think the impact is probably more prominent on my parents who travel with and support me.

Coming from Western Australia (WA), tell us about your experiences travelling across the nation for events such as AORC. How does the landscape differ in WA to places such as Dungog and Toowoomba?

The guys at Yamaha have given us a massive hand in moving my back across the nation, so all I really need to do is fly into where I’m competing. I’m doing Year 11 at High School right now, which is pretty important to me, so I’m just trying to fit in study with all the travelling.

For Enduro, the landscape so far has been hillier than I’m used to over in WA which has been another massive eye opener. It’s a good challenge though in preparing yourself for these different landscapes. I competed in Hattah back in 2015 and I really enjoyed that racing style.

It’s actually the path I want to pursue – competing in Rallies. It’s just a bit hard as a junior competitor because there aren’t many Rally races for our age group, so you just have to keep training in preparation for when you’re older and those opportunities open up.

AORC returns for Rounds 5 & 6 in Kyogle, NSW for back-to-back Sprints. In the meantime, stay updated with all the happenings of the 2019 Yamaha Australian Off-Road Championship by visiting the AORC Website at aorc.org.au, or by following the Yamaha AORC on Twitter and Facebook as well as @aorc on Instagram.