Motorcycle Racing to Return to Barbagallo

You are here: Home / Archive / Motorcycle Racing to Return to Barbagallo
Back 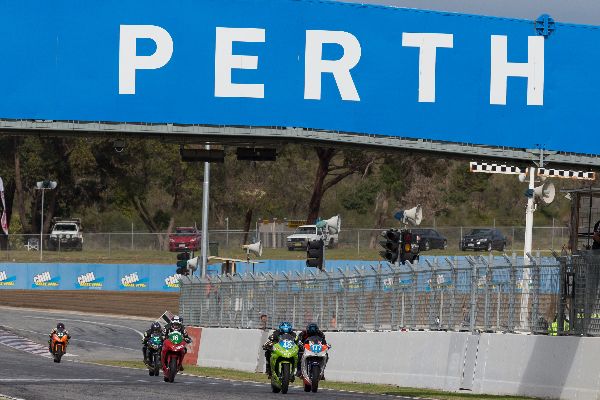 After a two-year hiatus, MA has given the green light for motorcycle competition to take place at the circuit after several upgrades were undertaken to improve track safety, including the addition of a brand-new chicane to the layout and the installation of Airfence safety barriers at key points.

MWA CEO Joe McCarthy was pleased to announce motorcycling’s return to the circuit at Wanneroo.

“This is great news for motorcyclists and motorcycle fans in Western Australia, who now have the opportunity to enjoy motorcycling at Barbagallo once again” McCarthy said.

“We would like to thank all those who helped to facilitate motorcycling’s return to Barbagallo, including track operators the WA Sporting Car Club and MA. We would also like to acknowledge Minister for Sport and Recreation, The Hon. Mick Murray MLA and the Government of Western Australia for supporting our desire to bring motorcycling back to this fantastic facility.”

Minister for Sport and Recreation Mick Murray acknowledged the efforts of all parties in working together to allow motorcycle racing to return.

“I’d like to thank the WA Sporting Car Club, Motorcycling Australia and Motorcycling Western Australia for their hard work in getting this result for motorsports competitors, fans and others involved in the industry.”

MA CEO Peter Doyle was pleased to confirm that Barbagallo had received approval for motorcycle racing to resume at the track. “It has been a long process, but we are happy to see a positive result” he said. “There have been a number of improvements made to the circuit recently and it will great to see racing return to Barbagallo.”