You are here: Home / All Disciplines / A Massive Ten Hours of Live TV for ASBK at The Bend
Back 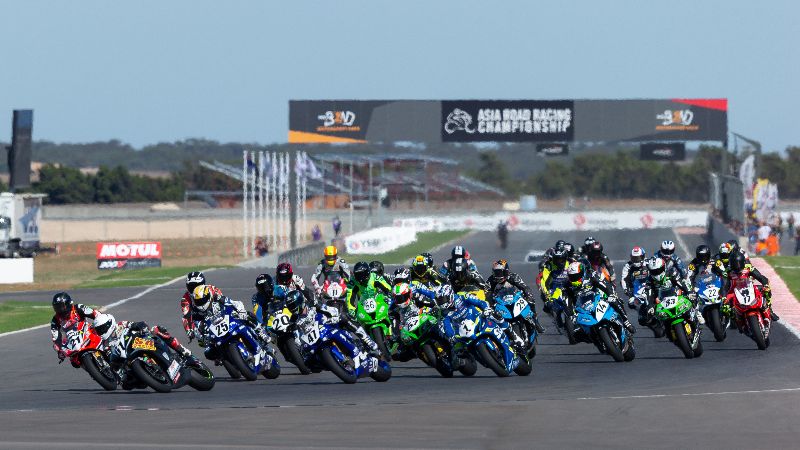 The Motul Pirelli Australian Superbike Championship (ASBK)’s biggest ever TV-event is set to light up homes across the nation, with Round 3 of the ASBK to be broadcast live in a 10-hour television extravaganza on Fox Sports and Kayo Sports as part of International MotoFest 2019 (April 25-28) from The Bend Motorsport Park in South Australia.

The event, which includes not only Round 3 of the ASBK but also Round 2 of the FIM Asia Road Racing Championship, provides a huge weekend of motorcycle racing action as the Asia-Pacific’s fastest road racers take to the track across two different championships and six different classes. The broadcast will be the ASBK’s biggest-ever television event, giving fans access to more live racing than ever before.

Motorcycling Australia (MA) CEO Peter Doyle promised an exciting spectacle for fans watching both in Australia and overseas. “International MotoFest at The Bend is sure to provide some fantastic action, so it’s great that we can bring this to a worldwide audience” he said. “Clear the diary, switch off your phone, and settle yourself in front of the TV, because this will be an event not to miss.”

If ten hours of live television still isn’t enough, fans can also watch even more International MotoFest action through the ASBK’s popular extended online coverage, featuring every session from Friday to Sunday broadcast in High Definition with expert commentary via ASBK.com.au. Australian free-to-air viewers won’t have to worry about missing out on their dose of action either, with Sunday’s ASBK races to be shown live and free on SBS.

International MotoFest, including Round 3 of the Motul Pirelli Australian Superbike Championship and Round 2 of the FIM Asia Road Racing Championship, kicks off at The Bend Motorsport Park on April 25-28. Don’t miss it!

Want to get up close to the action? International MotoFest tickets are still available! Grab yours now, visit thebend.com.au for more information or to purchase.

Keep up with all the action from the Motul Pirelli Australian Superbike Championship by following us on Facebook and Instagram. For news, video content, rider profiles and much, much more, visit ASBK.com.au. For more information on the Asia Road Racing Championship, visit asiaroadracing.com

Catch the LIVE action of International MotoFest, including Round 3 of the Motul Pirelli Australian Superbike Championship on Kayo Sports. Start your 14-day free trial now at www.kayosports.com.au.