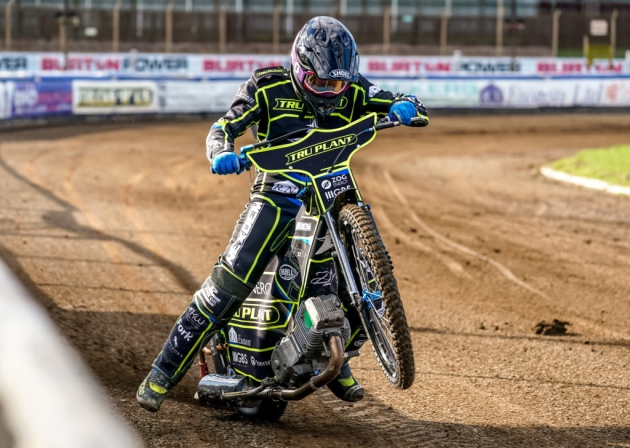 The 23-year-old Perth flyer set out on a fitness campaign the day after the end of season Witches awards night last year. And he hasn’t looked back.

His haul of heat wins and good scores for the Witches and his Championship side, Edinburgh, is testament to his efforts.

“It’s the most I have ever put into my fitness, by a long way,” Heeps said.

“And there have been times when I’ve been completely knackered by it all, especially in the early days of the winter. But I’ve worked my backside off and Steve has been superb in pushing me.

“I’m still training now. I feel better for it and it’s showing on the track.”

Heeps has been a big plus for the Witches in the reserve position.

Along with fellow Aussie, Jake Allen, the pair are proving a real handful.

On Monday night at Swindon, Heeps lowered the colours of former world champion Jason Doyle on his own track. He and Allen again outscored their opposition reserves.

“These days in speedway you have to be fit,” Heeps said.

“Maybe more so than in years gone by. So, as I said, I needed to do this. It’s been down to me to sort myself out.”

Tomorrow night the Witches host the return leg of the Supporters’ Trophy clash with Swindon. It will be another stiff test for the Witches, as they are all set to be this year.

“We’ve done well at home so far this season and we want to make teams scared to come to Foxhall,” Heeps added.

“There is no reason why we can’t do to Swindon what we have done to Belle Vue and King’s Lynn already.”

Witches team boss Ritchie Hawkins knows the Robins will be looking for a victory at Foxhall.

“This is top flight speedway there will be no easy nights,” he said.

“Hopefully everyone will come out and support us because the crowd has been brilliant so far this season and it is really appreciated, and they can really make a difference.”