RACING RETURNS TO BARBAGALLO WITH THE INTERCLUB Rd 1

You are here: Home / Archive / RACING RETURNS TO BARBAGALLO WITH THE INTERCLUB Rd 1
Back 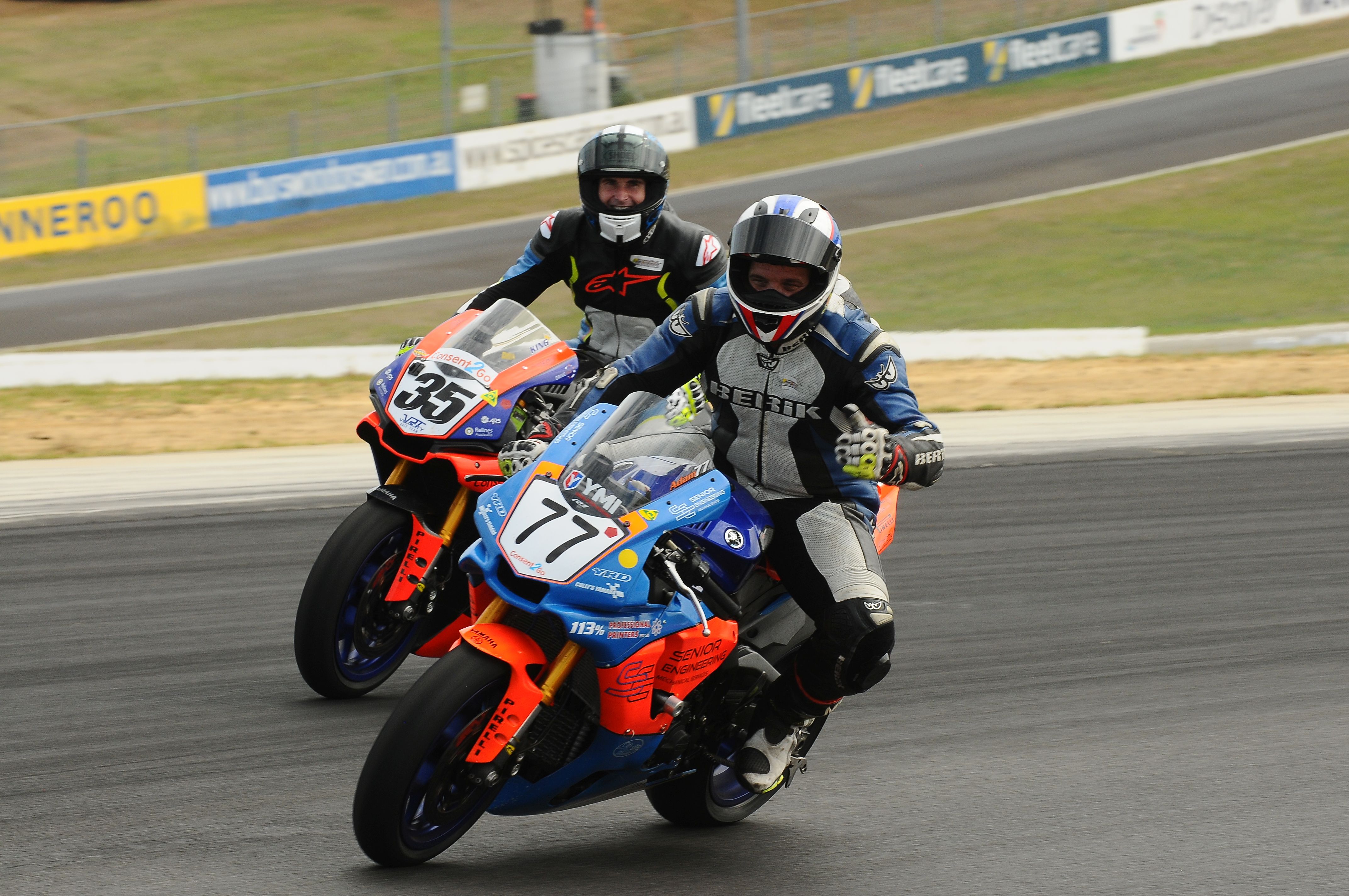 Motorcycle racing has returned in earnest to Barbagallo Raceway Wanneroo on Sunday 10th March with the running of the first motorcycle race day since 2016. The Monday prior riders participated in a Training/ Tuning Day which was held in extreme conditions with temperatures in the low to mid 40’s. The addition of the ‘Chicane’ proved to be incident free and many riders said that “It adds something to the track”.

A very enthusiastic field of riders took to the track in near perfect conditions on the race day and for the first time in a long time the Period5/Period6 competitors from the Historic Competition Motorcycle Club of WA (HCMCWA) joined the modern classes for Sidecars, Production including 125GP, C, D, Novice Clubman and A, B, select C class. The final race for each class was a reverse grid formation.

All eyes were on the ‘Chicane’ to see how the new section of track, which allowed motorcycle racing to return, played out under race conditions and it proved to not be an obstacle with competitors able to negotiate it without incident.

With just a five-minute practice and one five-minute qualifying Ben Stronach put down a 59.1 second lap to secure pole for the three races. In the A, B, select C class the top three, Ben Stronach (Yamaha R1), Cameron Stronach (Ducati Panigale) and Adam Senior (Yamaha R1) each scored a win, second and a third to tie on points at the end of the day with 63 points, and by virtue of his last race win Cameron Stronach won the round. Ben won the first race and briefly held the new lap record with a 58.8 second lap. It lasted until Adam Senior pulled off a stunning last lap last corner pass in the second race going on to win the race with a 58.5260 second lap. Tommy King (Yamaha R6) the only 600cc machine in the field, did everything to stay with the 1000cc bikes and managed to take three fourth placings with a best time of 1:00.7060 seconds. That is just 3.5 seconds outside Sam Clarke’s lap record for Supersport set on a Kawasaki ZX-6 on the 5th June 2016. Seniors best lap time is around 3 seconds slower than the old lap record set by Daniel Falzon on a Yamaha R1 on the 5th June 2016. But I think it is fair to say that once the boys get themselves and their bikes sorted the lap record will tumble a little.

The Motorcycle Racing Club of WA is now in its 63rd year having competed at the Wanneroo Raceway since the opening of the circuit in 1968. With activity limited to the Collie Circuit in the past two years, competitive numbers are low, and the club has a challenging year ahead in rebuilding both the competitor base and the training activities offered to street riders. The Club will celebrate its commencement of the 2019 Hydroquip State Road Racing Championship Series over 5 rounds this year, commencing at Barbagallo on June 2nd long weekend.