You are here: Home / Archive / THE PENULTIMATE ROUND OF MODERN ROAD RACING HEADS TO COLLIE SUNDAY OCTOBER 13
Back 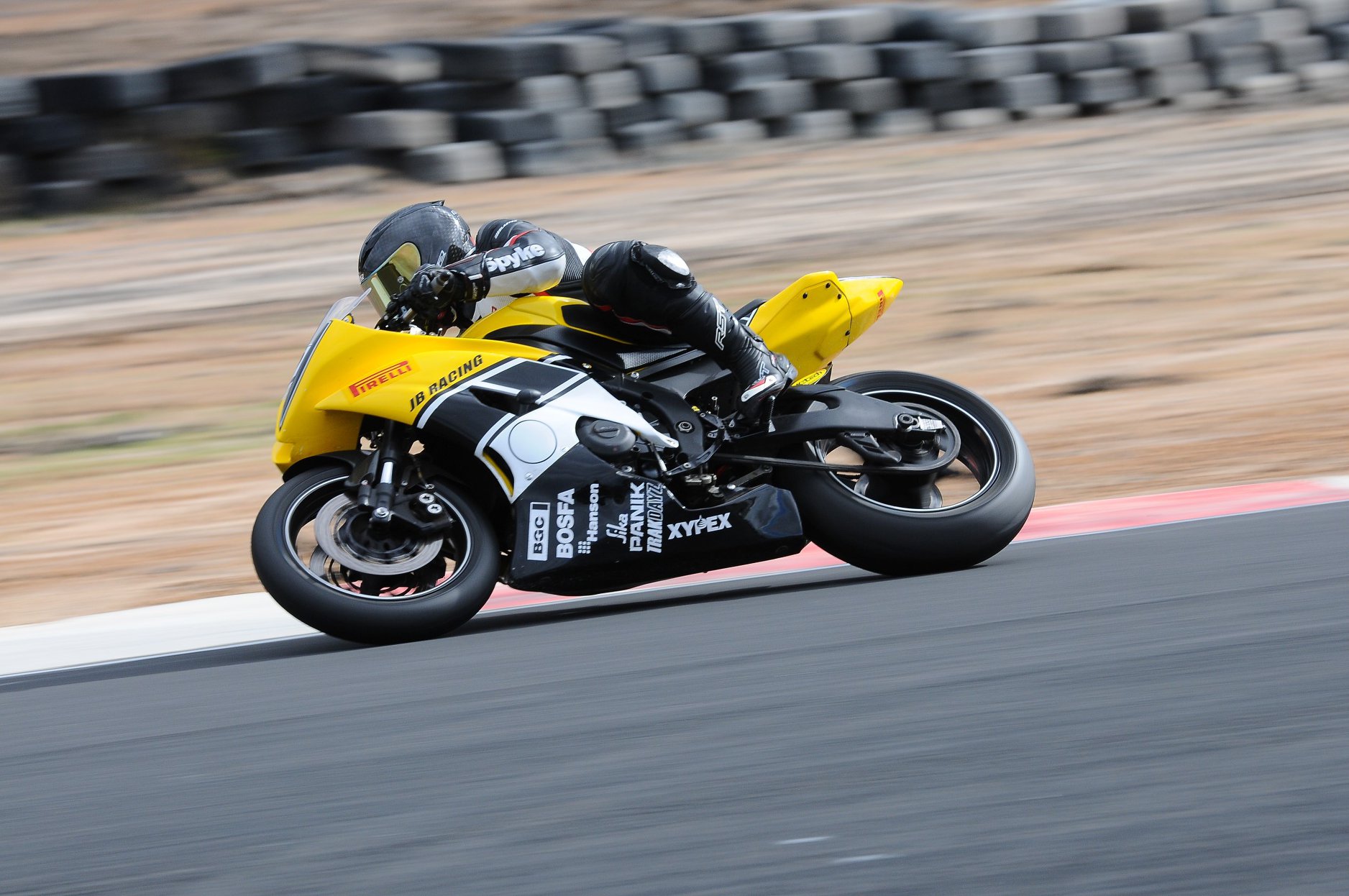 Excitement builds for Round 4 of the Hydroquip State Road Racing Championships. Expect the unexpected and a spanner to be thrown in the works as riders tackle the highly anticipated, recently extended Collie Motorplex in Western Australia’s South West. The playing field has been leveled across all classes including Superbikes, Supersport, Sidecars, Clubman and Production… and we are sure to see some very interesting battles and high octane action played out with the slate being wiped clean on the new 2.55 kms Circuit.

All Championship and Series classes are still undecided, this could be the chance for a number of riders to secure their place in a top three podium for the round and the Championship overall.

The B Grade Series is led by Leigh Boujos who has taken all three round wins for a total of 75 points and a new lap record on the Barbagallo Circuit but it is 2nd place overall that is going to see a battle royale with three riders on 52 points each. Neil Fraser, Keith Harrison and Glenn Lowe are all ready to battle it out, with Lowe keen to make amends for a jump start penalty he was given at the last round.

The Cully’s Yamaha Supersport Championship has Irishman Tommy King holding on to a fairly strong lead of 36 points over nearest rival Tim Boujos with every improving Andrew Biffen just 10 points behind Boujos. Next in line is teenager Bronson Pickett with Callum O’brien (who took all three race wins at Rd 3) and Lachlan Hickey tied on points and ready to pounce on the front runners. This a very competitive class and will come down to the final.

In the C Grade Supersport Series newly regraded B grade rider Andrew Biffen has stepped up to take the lead on 201 points from Lachlan Hickey with Bronson Picket just 1 point each behind. Jessica Boujos is also still in with a chance holding down consistent fourth placings over the season.

In the premier class of Superbikes, Ben Stronach has a 45 point lead over nearest rival brother Cameron Stronach who is still in striking distance for the championship but needs to keep an eye on Leigh Boujos who is trying everything to snatch the lead off the Stronach brothers. Matt Price and Joel Beard are also in close contention for a podium if any of the top three make an error. In the C Grade Superbike Series Tim de Bruyn leads the way from Neil Fraser and Sean McHale with Kenric Ebsary challenging McHale for 3rd position on the ladder.

The Production 300/ 400 class is showing some strong competition in the minor positions. Bronson Pickett has been dominant taking all nine race wins for three rounds so far this year with Michael King showing a strong second placing in round 3 after missing the opening round so he could take the round podiums from Colin Boujos and Keith Harrison. Adam Parsons is another who could mix things up having taken three strong 3rds overall at the last round.

The sidecars will produce plenty of three wheeled action again this round with the Championship still on the line. Young gun Dillan McDermott (and passenger Paul Matthews) holds a 13-point lead over close rival Graeme Evans and passenger Jarrod Scott with the “old guns” Murray Stronach and Steve Marshall in third position. Mick Robbins and Karen Dore continue to fly the flag for the 600 F2 class with spirited determination.

The Clubman Class open to 600 and 1000cc machines saw Kavana van der Merwe take control of all three races for the round win on his R1, hotly pursued by Michael King on his 675 Daytona Triumph with Les McGrath equaling McGrath on points for 2nd overall. Jason Lockyer will be out to avenge his DNF in race 2 after putting in a commendable two 2nd placings to Kavana on the day.

Practice will commence at 9.00am on the day with Racing from 10.50am.
This is a Free event, parking on site and Catering available in the pit paddock area which is open to the public.

Collie Motorplex is situated on Powerhouse road, heading south from the town site.