You are here: Home / Archive / West Aussies take on the 2019 Australian ATV Championship
Back 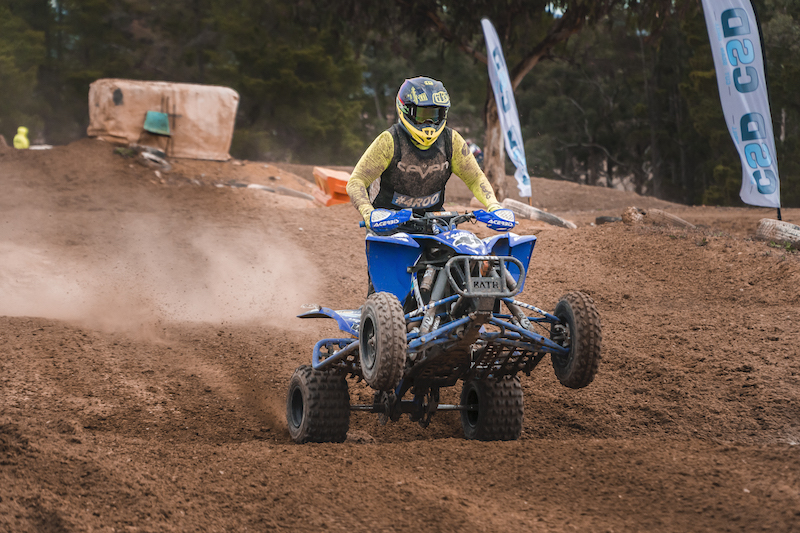 The 2019 ATV MX Nationals is known as the biggest Quad event within Australia, hosted by the ACT Motorcycle Club on the 21st and 22nd of September it was a tremendous weekend for West Australian riders. Located just outside of Canberra, the track said to have been fast and flowing was 1.66 kilometres long with a series of tabletops and ski jumps.

Mitchel Van Vliet was the promotor of the event for the second time and hoped to take the event to the next level, raising the bar in Australian ATV to an elite level. The championship event rose above the bar, setting a bewildering atmosphere. Although, not surprising as Vliet has several titles under his belt himself ranging from Finke Desert Race, China International Champion and Australian Champion.

The event drew some of the fastest riders in the southern hemisphere who battled it out to fight for the championship trophies. Numerous spectators saw a number of W.A riders take part in the competition, as they stormed through the field with their determination and skill many grasped the championship points.

Take a look at the W.A riders who took the journey over:

A tremendous congratulations to all riders who participated and for prevailing despite a whirlwind of weather conditions from thunder, rain, mud and sunshine. Displaying that your skills can can prevail rain, hail or shine.